Situated on the shores of Bancroft Bay in the heart of Gippsland Lakes, Australia’s largest inland waterway, the village of Metung has been a premier resort area for nearly 100 years.

Metung Hotel is located on 4644 sq mt land on the magnificent waters of Bancroft Bay in the Gippsland Lakes.

The Metung Hotel was renovated in late 2005 and the place looks great!

Come and visit us for a drink, something to eat and or watch the Pelicans being fed everyday at 12.00 noon sharp.

If its a nice day, why not have a drink on the boardwalk, right on the water. Maybe bring your boat and tie up. If you don’t have a boat you can hire one locally.

History Of The Metung Hotel

Metung, (formally known as “Rosherville”), comes from the language of the native Kurnai tribe meaning “bend in the lake”.

The first premises’ constructed on the current site was the “Rosherville Hotel”, built in 1870 by Mr G Wood. In 1875 Carl Krecklow, from Berlin, Germany acquired the Hotel and changed its name to “Krecklow’s” Scarborough Hotel. The Krecklow family were Hoteliers on the “Continent” known as Europe today. The Rosherville and Scarborough Hotel had a covered veranda running around the establishment, which was located only a few feet from the lake.

Prominent “City Men” who were charmed by Metung’s beauty and beautiful boating grounds came to Metung to spend their holiday time. They travelled by train to Sale and then Steamer to Metung. The Lakes Navigation Company ran steamers from Sale to Metung daily. Cricket, shooting, fishing, riding and diving were the activities of the day. For the Ladies it was bridge, lawn tennis, croquet, sailing and rowing.

In the evening the Hotel was the centre of all activity in Metung. With the fabulous “Billiards” room and with the local constabulary being 25 miles away, I am sure there would be a story or two to be told. Some may say, not a lot has changed!

In 1945 the Scarborough Hotel was sold to Melbourne Criminal Lawyer and Richmond VFL President Mr Ray Dunn and American Mr George Graves for 13,419 pounds. Ray and George changed the pubs name to “The Metung Hotel”.

Captain of the Metung Fire Brigade was Earnest “Tiger” Lake (his bust is on display in the hotel today); was first on the scene. Tiger bravely saved the beer to the village green and with licensee Charlie Underwood, tapped a keg under the Morton Bay Fig to watch, cry and plan a new era for Metung.

A temporary building, built from part of the structure that was left standing, operated as The Metung Hotel from the next morning. 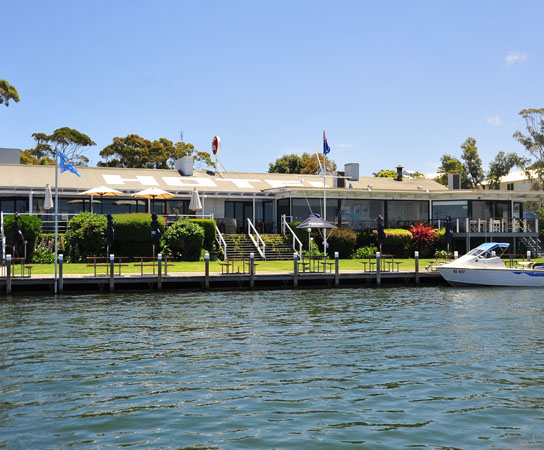 The Metung Hotel, as we know it today, was re built and completed in September 1957. George Graves exited the partnership in 1957 .Ray Dunn and later his daughter Lorrain Sexton changed and re decorated the Pub many times over the next 43 years. Some will remember the magnificent Horse Shoe bar of the 60s to 80s. The extension of the Bistro onto part of the balcony in the 80s, and the wonderful “cupboard bar” of the 70s & 80s. The cupboard bar was popular after 10 o’clock closing? And let’s not forget the well-worn floral carpet of some 30 years.

Melbourne Barrister Mr John Ribbands acquired the pub in 2000. John was responsible for building the boardwalk in front of the pub as it stands today. John owned the Dinner Plain Hotel as well and every winter trucked snow to Metung covering the front balcony steps.

David Strange and Kim McKendrick purchased the hotel from John in October 2005. Since then the pub has undergone many changes – new kitchen, new flooring & carpets, renovated bottle shop, new bar, new jetty, bathrooms renovated, accommodations rooms renovated and the Regatta room extension to name a few.The current owners have no immediate plans to change the pub from what it is today. One thing never changes – and that is the magnificent location and vista. It is truly unique for all to enjoy.

From Melbourne, take the Bairnsdale – Lakes Entrance route along the Princess Highway to Swan Reach.

Whether you’re calling through Metung or staying for a period of time, The Metung Hotel is one place you have to check out. Accommodation, food, entertainment and functions 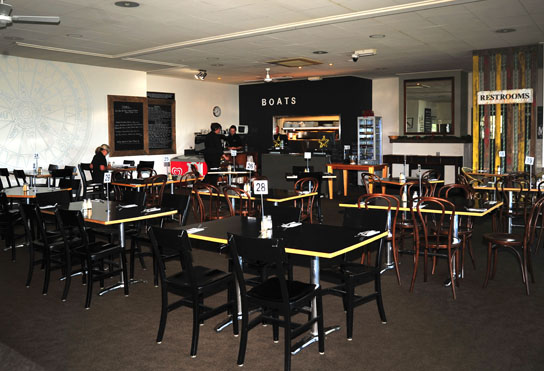